Appeal for the Rally “Come together with Fukushima! Goodbye to Nuclear Power Plants” on 9th March

Since the accident in the Fukushima Daiichi nuclear power plant, we have worked with many people throughout Japan who wish to break away from the nuclear-dependent society, launching a petition campaign and conducting rallies and demonstrations. Still, we are now already seeing effects of radiation on the environment and the people, including the finding of thyroid abnormity in children in Fukushima.

The new Abe administration does not only proclaim policies toward constitutional amendment, creation of a new “defense force” and authorizing exercise of the right of collective self-defense, but also insists on keeping and restarting nuclear power plants, even hinting at construction of new plants.

However, the new administration, which won 70 percent of the diet seats while gaining only around 40 percent votes, should not regard their victory as a sign of confidence from the people, let alone an approval for their policy to maintain nuclear power plants. They should not become conceited with this outcome of the election, which is in fact a result of disbelief and discontent toward the former administration which betrayed the voters’ expectations, and keep firmly in mind that a vast majority of the public opinion call for denuclearization.

We cannot allow such a tyranny as to rush towards restarting nuclear power plants without any serious reflection after the tragedy in Fukushima and abandoning the people affected by the accident. Such a suicidal act as to expand and operate new nuclear power plants on the Japanese islands, which are full of active fault zones, is even more unacceptable.

We therefore demand the implementation of the below policies, and call on our friends to gather at the Meiji park on the 9th of March to demonstrate the will of the people. 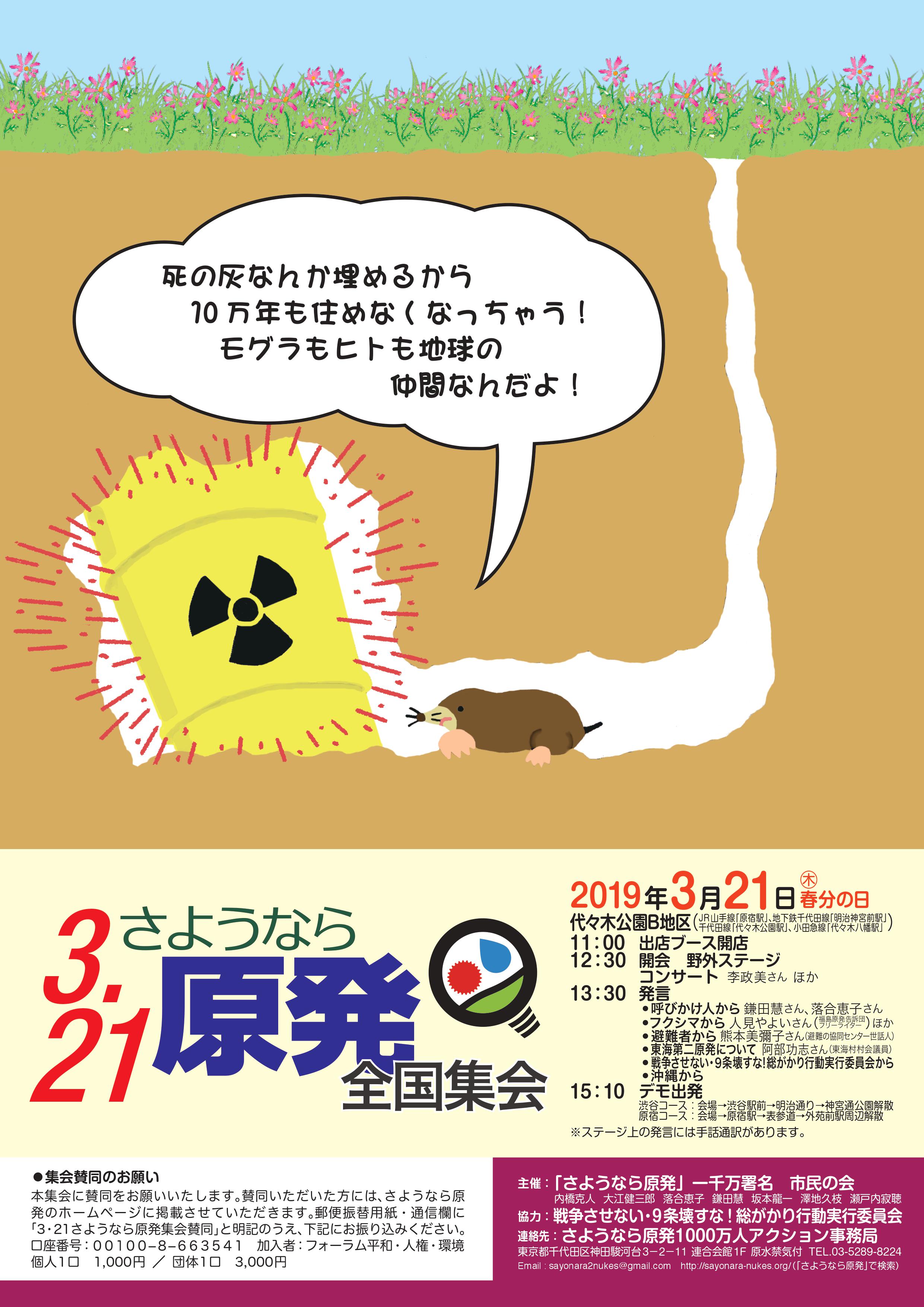 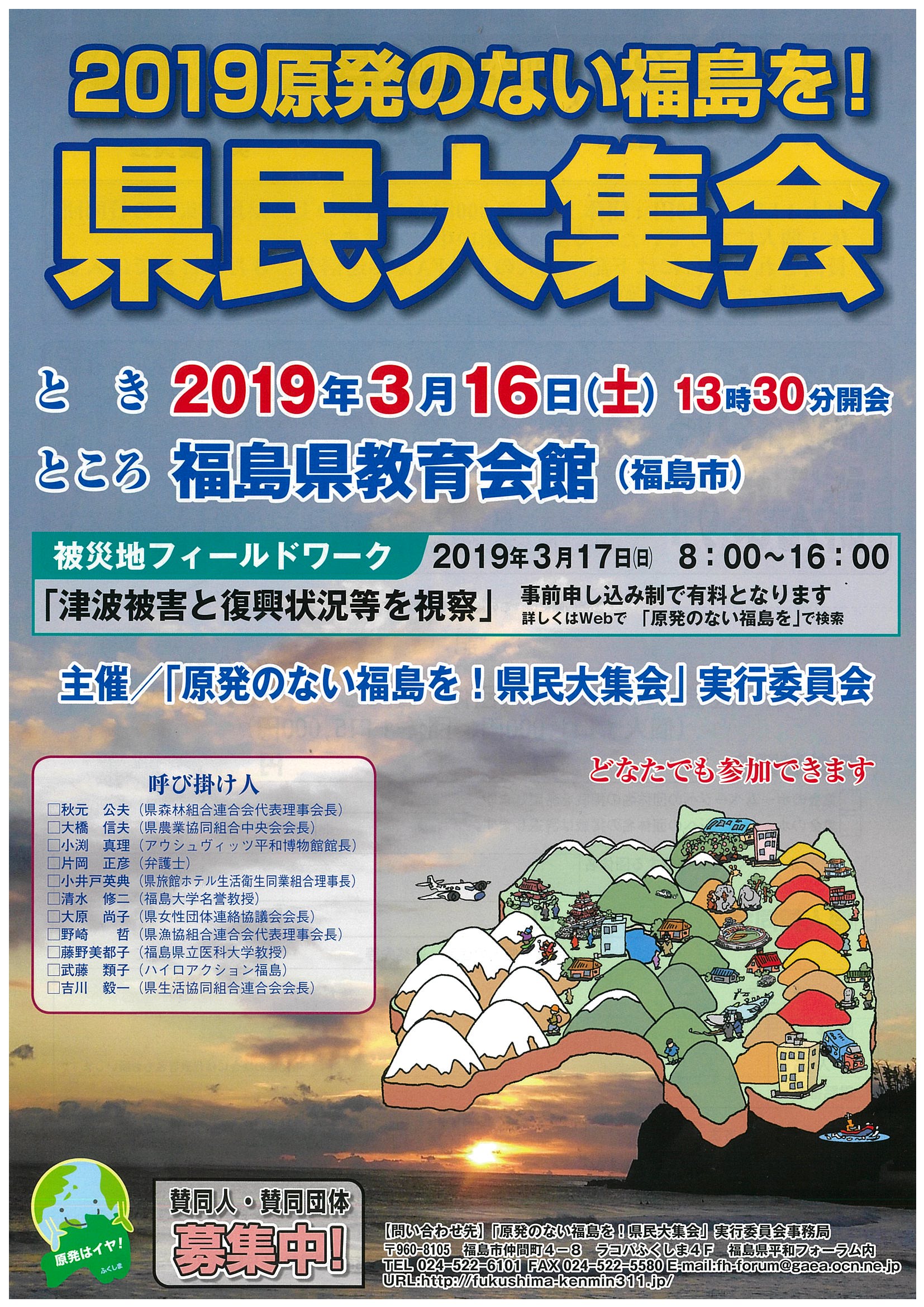